Joe joined the Kenyan Kids Foundation Canada (KKFC) in 2014 as part of the inaugural team of directors.  After spending a month volunteering in Western Kenya in 2009, he developed a love for the Kenyan people and was drawn to continue his support. 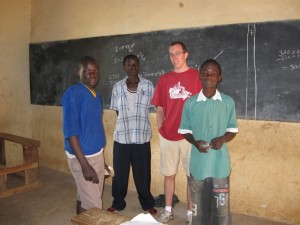 With the KKFC, Joe is most excited about the unique opportunity to build from the grassroots level because of Wesley’s local connection and established level of leadership and influence.  He believes that strong collaboration between the foundation and the local people will be key to KKFC’s success.  Joe brings a wealth of technical expertise to the board with both an undergraduate and master’s degree in water resources engineering.

Joe married his lovely wife Anita in July 2012 and they reside in Waterloo.  Anita is a registered nurse and Joe works at Conestoga-Rovers & Associates, primarily working on projects involving groundwater and soil contamination. 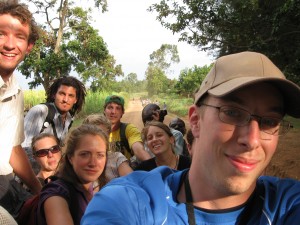 Joe was previously an elite runner and it was this shared love of (and talent for) running that brought Joe to the Korirs and ultimately KKFC.  Joe was a provincial steeplechase champion in high school and ran alongside Tarah as part of the Canadian Junior Cross-Country Team in 2006. He ran for the University of Guelph Gryphons cross country team for four years where he was a part of three national championships.  While in university, Joe spent three years volunteering with “Run and Read”, a program that helps to address the needs for enhanced literacy and increased physical activity among economically challenged children.  His other hobbies include cycling, going to the gym, and keeping up-to-date on the latest news and results in the sport of track and field.  He enjoys playing the guitar and writing music, and recorded an album in 2012.